Students struggle in English for a variety of reasons.  One of those is learning styles.  Many student I have had are great learners when it comes to working with hands.  Put this kid in a carpentry, auto mechanics, or electrical trades class, and they are showing amazing learning.  Sit this kid in a desk and make him read, well, the learning declines.

Providing opportunities for kinetic learners to shine is not a new concept.  Science sees this in labs and math with manipulatives.  However, this is much more difficult in an English class.

The following activity is designed to help kinetic learners excel at researching by giving them something physical to do with the research.

Research methods are what they are.  You teach these methods with any subject.  The paper airplane challenge takes kids through five different research sites to find the best way to fold a paper airplane.  Students will search out and five five ways to fold using five different search methods, then pick one and put it to the test.  After taking kids out of the classroom to compete against each other to find the farthest flying plane, students can also compete for the best and oddest looking.

The lesson comes with directions on how to present the different search methods and a worksheet for students to fill out while searching.

Sometimes you just need a set amount of time for an activity.  Maybe you're practicing timed tests.  Maybe you need to make sure you get finished with your class discussion at a set moment to have time for something else.  You could just tell a student to keep an eye out on the clock for you (that usually works pretty well).  You could try and keep track yourself (but if you are like me, you often get sidetracked and forget the time).

Never fear, the Internet never lets us down.

An easy and fairly discrete one is on Google.  Just type in TIMER into the search bar to get an adjustable timer.  It has a rather annoying beep until you turn it off.  The pros - it's quick and not distracting.

You could also try these classroom timers: http://www.online-stopwatch.com/classroom-timers/  They are much more fun, but also distracting as all get out.  I imagine my eyes as a student would be constantly on them.  However, if you are doing a long group activity where students are being loud anyway, this might actually help keep them on track.  If nothing else, pick the snail race and let students bet grade points* on which snail wins.

If you have any good timers or time keeping system, don't be stingy!  Share in the comments.

*Facetious is the only word in the English language with all five vowels in alphabetical order.  Facetiously includes the sometimes y.  It is also what I am being when I say "bet grade points", no matter how much fun that would be.

So I watched Joker this weekend, finally, and my English teacher nerd brain immediately thought of Macbeth. 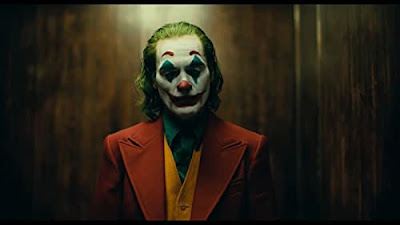 Joker is an excellent movie to watch - once.  I can't say I would want to watch it again.  I'm sure you have heard that is addresses the issue of mental illness in a way not many movies can encapsulate.

That's an issue for another post (and probably a different blog).  I want to bring in comparisons to Macbeth.  Both are delusional - Joker seeing the woman next to him in his time of need, Macbeth seeing the dagger, the ghost of Banquo, and quite possibly the witches at the end (I always let me students argue if he really does see them in the big apparition scene especially since Lennox comes on stage right where they leave and states that he did not see them - my struggling readers get a kick out of figuring out what is real with Macbeth and not and love to float conspiracy theories).

We can also see how both characters are victims of their own making, even though there were outside forces at work.  Joker certainly has mental illness, a failing government health system, a history of being abused as a child, and just rotten people all around him to push him into action, but when it comes down to it, HE is the one who actually acts.  Same with Macbeth.  Certainly we can lay some blame at the feet of the witches, Lady Macbeth, and even some at Duncan for being such a poor judge of character, but in the end, it is MACBETH that chooses to kill. 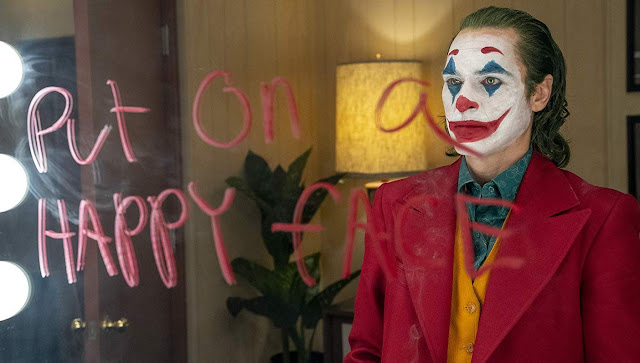 But I think the biggest parallel is the type of people they both kill - and the order in which it is done.  let's look at Joker's murders compared to Macbeth's:


Macbeth:
Both go through a progression where the murders get further and further away until we can no longer hope for the protagonist's redemption.  Both of these stories puts the audience in the camp of the villain.  We want to root for Arthur and Macbeth.  It's the nature of the protagonist to have the reader/viewer on his side.  But both stories takes us down a path with the lead character until we feel in a traitorous situation by no longer agreeing with his actions and wanting him stopped.

If you have any good book to pop culture pairings, list them in the comments.
Posted by Unknown at 3:00:00 AM No comments:

I don't remember where I found this, but I was cleaning out my folders and ran across this image of gun shot onomatopoeias.  I imagine it might be a fun image to use in explaining the literary term 'onomatopoeia' or for a creative writing class.

Going to the tumblr site on the first panel shows this guy James Chapman has a couple of "in other languages" cartoons like this.  Check it out!

Also, while writing this post on an onomatopoeia, a memory of a video game commercial from the '90s resurfaced.  I think the message of the commercial is "Don't be an English nerd, play video games instead," but I might be wrong.  :)

Need something easy to demonstrate idioms?  I found this image on Facebook a few years ago.  I have long since forgotten where.  The site it came from originally is www.grammar.net, which seems to have stopped posting new material last year.

This is a very effective and quick way to help your students understand the literary term 'idiom'.

Communication with parents is key for a variety of reasons.  Here is one more way you can be more transparent - a homework or upcoming events blog.

The idea is simple - a blog that has either the daily work posted or the weekly work posted so that students who are absent can find what is expected of them and parents can stay up on what is going on without having to sift through all of that Canvas or Moodle page of yours.

Well, Blogger has an easy solution if you use them.

Once you have a blog set up, go to your design page (where you would go to create a new post).  Scroll down to SETTINGS and select EMAIL.  See that option to post using email?

It's the first one.  Pick your secret word.  Now, if you send an email to that address, it will automatically post your email to the blog.  No more logging in. No more formatting.  Easy-peasy!

In my state, we have two English tests that are practically the same.  One is the North Carolina Final Exam (formerly called the MSL, formerly called the Common Exam) for freshmen, juniors, and seniors.  The other is the End of Course for sophomores.

They are quite horrid tests, as I am sure you can relate to in whatever state you are in.  It is more of a test of a student's ability to stay focused for two to three hours rather than an accurate measure of a student's reading comprehension.

The first is the Daily Dose of NCFE:

And the second is the Daily Dose of EOC:

Currently, they each run for a semester and then recycle the questions. Next year they may be merged into one blog, since supposedly my state is doing away with the NCFE, which should mean I can pick from the best questions on both.

I have had great success on my state reading comprehension test scores.  I've spent a lot of time understanding these beasts.  I do have a free resource on my Teacher-Pay-Teachers store that helps you walk students through prepping for the test.  I usually use it a week before the test.  It gives students a way to stay focused longer during the test.  I know  you probably do not have a state test for your students this year with all the shut downs, but feel free to download and give it a look for next year.  And if you like it, please leave a review for it. It helps me out a lot as a fledgling store owner.

Tech Tuesday - Get Creative with Images on Google Slides

Ok, let's have some fun with masking images to give them a little flair.  Take this rather boring slide:

Now, let's fix the Spider-Man image (my good friend Peter Norbot).  We are going to mask it, which means we are going to cut out some of it and make it into a shape.  This is super easy to do.  We will also put a nice strip of color behind to make it look like it is a part of the Google Slides template.


Easy-peasy!  You can make it any shape you want.  So give it a try!