So last semester, I taught several students that I still have no idea what they look like.  I do not require students to turn on their cameras because we live in a rural area, so many of their Internet connections are spotty enough as it is and many have homes that they do not wish to show in their backgrounds.  It's frustrating to teach to a screen of black boxes, but I can do it and I utilize the chat feature in Zoom for interaction.

But graduation is coming and I will not even recognize the majority of my seniors when they come by in our drive through ceremony.

So I am trying something new.  I am reserving a day for ten minute virtual face-to-face meetings.  I broke the classes into small groups and the students only need to log on that day for their ten minute slot.  Depending on who else logs in, they may be alone or may have up to five others in their group.  I get each one to show me what they look like and they can decide to keep the camera on for the rest of the ten minutes or not.  We talk about what they like and dislike, sports, clubs, art, and what they plan on doing after high school.  It's a chance for me to make a connection.

Yes, I do give up a day of instruction for this.  Why?  Because I feel that if I can make connections with some of these kids, they will be more active in my class, in which case they will learn more than what we would have had in one class session.

What are you doing to connect with your virtual students?

Separate Setting Tests - Do This to Minimize Singling Kids Out

If you teach inclusion classes, you are familiar with the process of taking out a portion of the students who have Separate Setting accommodations on their IEP.  The problem is, some students who really need the smaller class setting for testing, are quite embarrassed by being singled out for removal from the classroom.

Not in my class.  My inclusion teacher (who also happens to be my wife) came up with the strategy years ago and it has worked very well in my class.  The separate setting accommodation is NOT about the different room, it IS about the smaller number of students.  Check with your state about what that number is, but I am betting it is larger than you thought.  Ours is 15.

On test day, my inclusion teacher either takes all the girls, all the boys, picks randomly, or just asks which students want to go with her.  Once she takes about half the class, both rooms now meet the separate setting guidelines.  No one is called out.  Students who are not labeled often choose to go to the different room to test.  No one is embarrassed.

Let me know if you have any Inclusion class hacks in the comments!

Tech Tuesday - Do You Use Vocabulary.com's Free Service? Read This!

There are some changes coming to the vocabulary.com free service.  If you are like me, you've been using their free service because your school wants to spend money...elsewhere.  The free service is FANTASTIC and the only drawback is that you cannot see student performance, but that is easily rectified by having students show you their screen or screenshot.

I noticed a little while ago, I had been given a free trial for premium service.  I did not think much about it until a teacher friend of mine said he was blocked out of his classes and that he had heard vocabulary.com was ditching their free service.  I could still access mine, so I contacted the company.  They responded very quickly on a late Friday afternoon.  That impressed me.  Representative Srob O gave me this reply:

Thank you for your message. Your friend is right, due to our parent company's vision for us, we've made some changes to the way basic accounts on Vocabulary.com can use the program. The ability to create classes, assign work, and track data for your top three students will no longer be available with a basic account. You'll still be able to play The Challenge, create lists, host Jams and log-in to your account as a user.

One thing I do want to point out is that these changes will not affect the program for your students. They can still log in, find lists connected to your class, and do work on their own. Additionally, you will still be able to create lists and share the URLs with your students externally to have them work independently. To get the URL for Practice, just click on a list then click the "Start Practice" button. The URL will always be the list ID /practice. For example, https://www.vocabulary.com/lists/6116552/practice.

My apologies for any inconvenience this may have caused. If you have any additional questions, let us know. We're happy to brainstorm more ways to make use of new more limited free version. I'm confident we can find a way to create continuity in your students word learning. Let me know a time and best number to reach you at and I'd be more than happy to call you to discuss these matters.

So what does this all mean?  Well, I plan on continuing my use of their free service even though I cannot assign a list to a class.  If I can just assign a link, that should work, but I won't know for certain until my premium service runs out.

Let me know if you are using it the new way, any problems you might have or solutions to them, and if you know of other comparable services in the comment section.

Writing random snippets is a challenge for young writers (and old) that helps to focus on voice.  This particular assignment is timed, so the writer must think fast and not be hung up on being "perfect".

Have you got any fun writing prompts that you would like to share or did this in your class with some good results?  Let us know in the comments!
Posted by Unknown at 3:00:00 AM No comments:

Hey guys!  Exams are this week, so I'll make this post brief.

Good luck with your exams and the start of a new semester!  We are about to try out hybrid learning.  I can't say I'm too thrilled about the new challenges that is going to bring, but at least we can say teaching is never boring! 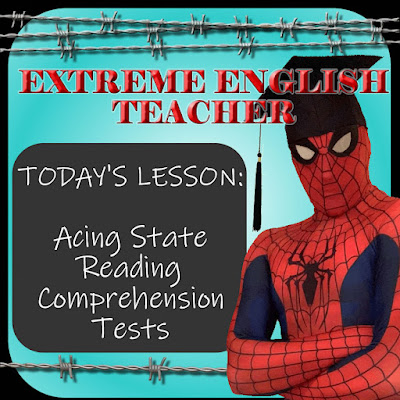