Add Some Old Scottish Words to Your Vocabulary!

This is one of those images I found on the phone and sent to my email so I wouldn't forget it and have, of course, forgotten the source!  But it is too good to go to waste, so here are some Scottish words to add in your class for all of you who are British literature teachers! 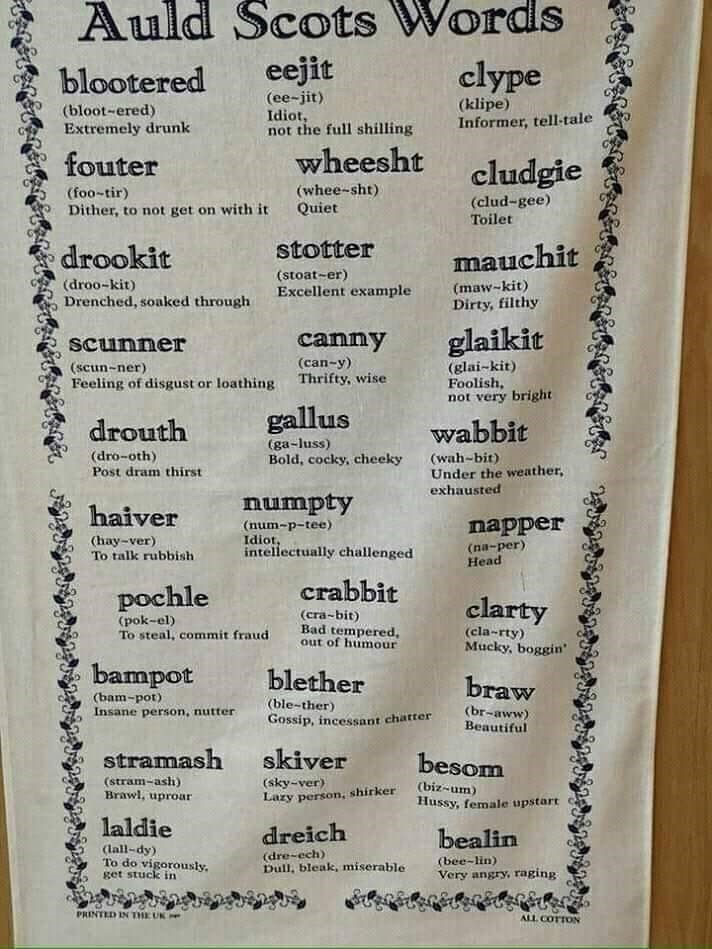 Now, I've heard and used eejit before (not in my class, of course - well, not out loud, at least) and I am certainly going to have to add Wheesht! into my repertoire.

It's Spring Break for me, so see you next week!

One of the text books approved by the College Board for AP Language and Composition is Jay Henrichs's Thank You for Arguing: What Aristotle, Lincoln, and Homer Simpson Can Teach Us about the Art of Persuasion.  You can get your own copy here.

In the second chapter ("2. Set Your Goals: Cicero's Lightbulb"), he mentions a 1974 National Lampoon issue that has a parody of Plato's Republic. That set me down a rabbit hole to find it.  Surely it had to be somewhere on the World Wide Web, right?

After some digging, I finally found The Internet Archive's download of the ENTIRE run of National Lampoon.  I didn't particularly want the entire run, but it was an all of nothing thing.  So I spent the 6 hours downloading this file so that I could get a total of 6 pages of comic.  The issue it appears in is their Stupid Issue. 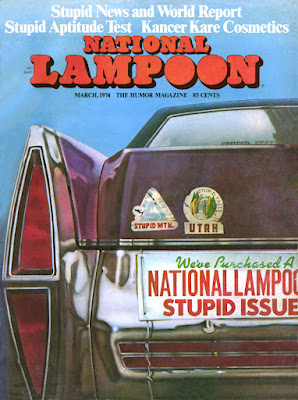 Once I read the parody mentioned, I was rather disappointed.  I figured I might find some use for in my class, but I just might not be high-brow enough for the humor.  Maybe if I liked Plato more.

So I figured that somewhere out there, there was someone who was using this book for their AP Lang class and they were curious about the comic.  So, to that end, here is only the comic:

And here is where you can download the entire run if you are so inclined:

Whichever you decide to do, have fun with it!  And if you find a way to make use of that in your class, I would certainly like to hear it!  That was a lot of work for nothing!  :)

Here's are two lessons that:

What is it?
How to Write Formal Emails and a Cover Letter 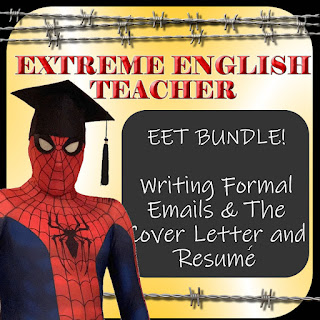 It's a bundle pack of two of my more popular lessons.  The presentations can be set in SLIDESHOW mode and the students can walk themselves through it or you can go through it as a class.  It's simple and both are skills students (and I know some faculty that could use a lesson in email writing) will need as they end their high school years and move on to the "real world".
You can get it here:
https://www.teacherspayteachers.com/Product/EET-Formal-Emails-Cover-Letters-and-Resumes-6531189
Don't need both?  Then you can get them separately:
Posted by Unknown at 8:44:00 AM No comments:

Here's something for a little fun for you and your students in mythology. 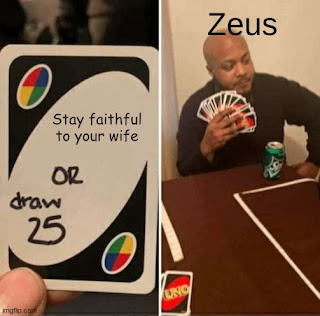 Read my thrilling background prose here, or scroll down to take a quiz yourself and/or have a quick assignment for your students.

Several years ago, I stumbled upon the Medusa exam, a national exam for students of Greek and Roman mythology.  I was sad to see that the date of the exam was in February or March, which didn't fit the time frame for my block schedule.  So I noticed that they had several previous exams for free downloads on their web page and I used those in my class.  We said that every question answered correctly meant a gorgon was slain and they competed on the various exams to see who could kill the most gorgons, with the winners getting their name on my wall for all posterity and the not-so-winners getting inducted into the Gorgon Preservation Society.

It appears that the National Mythology Exams has swallowed the Medusa Exam like Cronus taking care of his children (too soon?), so you can go there to sign up your class.  It looks like they now make it so the test can be taken at any time during the year, so that is something I'll be looking into for my class.  And while they do have recent years as review material, they do not go back as far as they use when I discovered them in the mid-2000s.
So, since I have a student TA this year and not enough to keep him busy, I decided now was the time to start putting those old quizzes in a digital format.  So I pulled out the 4th annual test (2000) put him to work on Quizizz.  They are all multiple choice questions (50 in total), so it was an easy (yet time consuming) task.
Want to take the quiz yourself and see how you would do?  I have one open just for you that will stay open until March 21st.  https://quizizz.com/join?gc=45053989
Feel free to talk trash to the other teachers in the comments section!
Want to use it as a fun mythology activity in your class? (useful if you are teaching The Odyssey, a mythology class, or just have students who are Percy Jackson buff)?  Here it is: https://quizizz.com/admin/quiz/62223c8ba69b2c001dfddd87

Starting around 1911 and moving on through the decades, there have been a series of books about a young hero named Tom Swifty,  Judging by the covers, I'd say they look pretty awesome!

And they are still being produced today.

Now good old Victor went out of his way to avoid saying the same word for 'said' - to the point where his bending around it attracts more attention than the diving seacopter or whatever cool device Tom is using.  Here's an account from Tom Swift and his Airship:

"Oh, I'm not a professor," he said quickly. "I'm a professional balloonist, parachute jumper. Give exhibitions at county fairs. Leap for life, and all that sort of thing. I guess you mean my friend. He's smart enough for a professor. Invented a lot of things. How much is the damage?"

"No professor?" cried Miss Perkman indignantly. "Why I understood from Miss Nestor that she called some one professor."

"I believe he has a degree, but he never uses it," was the lad's answer.

"Ha! Then I have been deceived! There is no professor present!" and the old maid drew herself up as though desirous of punishing some one. "Young ladies, for the last time, I order you to your rooms," and, with a dramatic gesture she pointed to the scuttle through which the procession had come.

"Say something, Tom — I mean Mr. Swift," appealed Mary Nestor, in a whisper, to our hero. "Can't you give some sort of a lecture? The girls are just crazy to hear about the airship, and this ogress won't let us. Say something!"

Over time, the stretch to not just say 'He said" got too funny and people started making puns using the way he said something as the joke.  These are called Tom Swifties.  Here are a few that I picked up over the years:

"I think I'll use a different font," said Tom boldly.

"I can no longer hear anything," said Tom deftly.

"There power’s out at school!" said Tom delightedly.

"Now I can do some painting," said Tom easily.

"I'm about to hit the golf ball," Tom forewarned.

"We have no oranges," Tom said fruitlessly.

"For what we are about to receive, may the Lord make us truly thankful," said Tom gracefully.

"I only have diamonds, clubs and spades," said Tom heartlessly.

They're fun and a great way to teach both the pun and the adverb.  Have your students come up with their own!  Then, once they truly get the concept of the adverb, you can break the news to them that they can pretty much just get rid of most of them in their writing!  :)

I still want to know that that aquatomic tracker does!

Now I must give credit to Wikipedia for that bit of selection of text.  I was having a difficult time putting my hands on a copy of the book.