Here is a great creative writing prompt to get kids pushing their thoughts a bit.  You do not need to be a comic book fan to participate (although if you are, there is that much more interest in it).  All you need is the ability to think divergently. 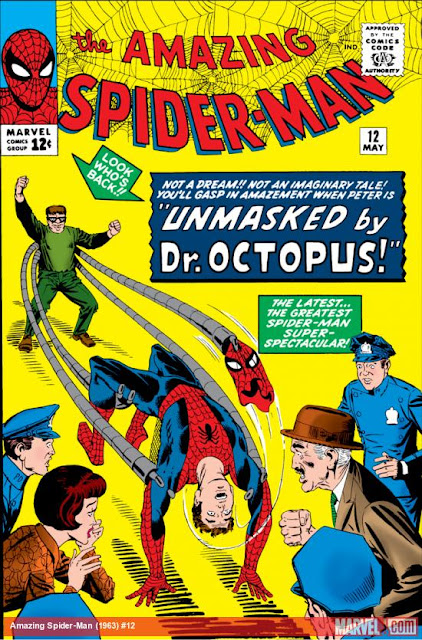 Now, supposing that everything shown on the cover is true for the story inside, how could this happen and Peter Parker still keep his identity secret?  We have these characters on the cover:


Let students write out how Peter Parker is able to keep his identity secret even though seven people clearly see him unmasked.  Give prizes to the most creative and the closest to the original.

So what is the real story?

Peter Parker has a cold, so he has lost all his spider powers.  Doc Ock, however, wants revenge on Spider-Man.  He notices that the Daily Bugle seems to get all the press on Spider-Man, so he breaks into their building, tells the editor, J. Jonah Jameson, that he will print a challenge to Spider-Man to meet him at a certain location.  He then kidnaps Jameson's secretary to insure that it gets done.  Peter Parker, fearful for his girlfriend's safety, dons his Spidey suit and goes after Doc Ock, even though he doesn't have his powers anymore.  Doc Ock beats him easily and unmasks him.  When he sees it is a teenager, he exclaims that the real Spider-Man is too scared to fight him and sent this kid in his place.  Figuring that was why Spider-Man's punches were so weak and why he was so easily beaten, Doc Ock throws Peter to the ground and leaves.  Betty and Jameson both think that Peter is quite the hero, albeit rather stupid, and the police, after toying with what to charge Peter with, finally leave them alone.

Here's a freebie for you -

Active and passive voice are concepts that, to students, sound much more difficult to grasp than they really should be.  Usually it just takes a quick practice to click it in their head.

Since we are reading Macbeth right now, I created a practice centering around that story.  The example sentences are original, but the format of this practice is not.  I forgot where I originally got this practice.

Here it is free for the taking. If you like it, just hit FILE then MAKE A COPY. 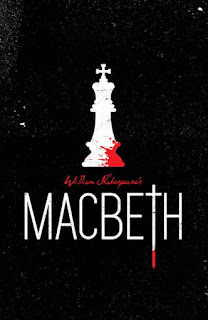 While we are on free stuff and Macbeth, here is a Blooket on Macbeth vocabulary words if you want it: https://www.blooket.com/set/6310af2b9e83359dd73c3247

There Art Thou Happy

One of my least favorite Shakespeare plays is Romeo and Juliet.  The last year that I taught the play I swore that the next time I did, I was going to start in Act V with Romeo stepping over Paris's body and reaching for the poison.

However, a former colleague of mine had a killer lesson idea for Act III scene iii.  Romeo is whining about how awful his life is and the Friar, speaking for us, I guess, has had enough of it.  He lists off a few things that Romeo should be grateful for and ends with this line:

A pack of blessings lights upon thy back: Happiness courts thee in her best array; but, like a misbehav'd and sullen wench, thou pout'st upon they fortune and thy love.  Take heed, for such die miserable.

Not wanting her students to "die miserable", she has them as a homework assignment, list out their "pack of blessings".  Puts a bit of a positive spin to her class. 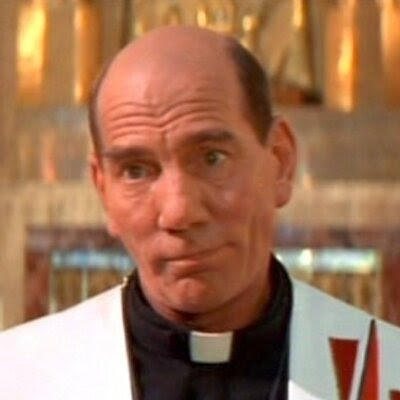